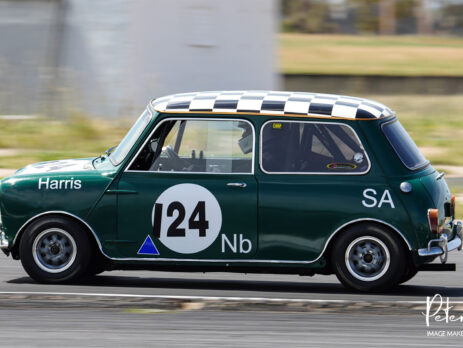 SCC Round 3 Mallala and Changes in DOTY

Well due to COVID interuptions Round 3 was run after Round 4 this year. We had 2 competitors entered but 1 Mini had a fuel pump failure on the 1st race and so Richard Harris in his Mini was the only Historic Touring Car running for the weekend.

Harry as he likes to be called had a great weekend and sorted out lots of his gremlins that had besiged him for most of this year. Well done Harry.

So with Harry competing and finishing 4 races we had a change in the Driver of the Year pointscore. All will be revealed on December 5th at our Christmas show.